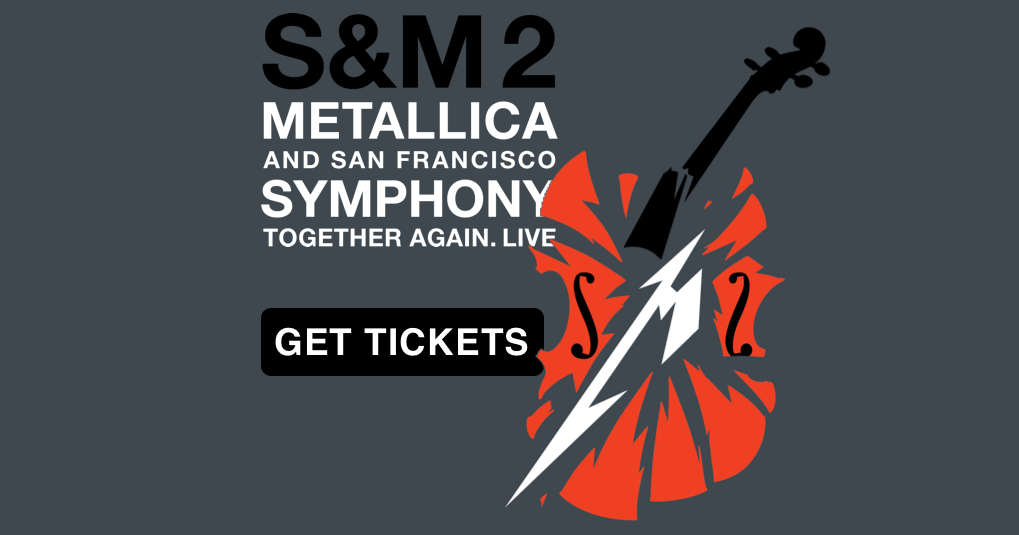 Search for screenings / showtimes and book tickets for Metallica & San Francisco Symphony: S&M2. See the release date and trailer. The Official Showtimes Destination brought to you by Trafalgar Releasing

Recorded live on September 6th and 8th, the shows also commemorate the opening of the state-of-the-art Chase Center, a historic addition to the city’s waterfront.
Including several tracks from the original '99 S&M release as well as symphonic versions of new songs released since then, this theatrical release gives millions of fans around the world the chance to eclipse time and experience the show as a modern-day big screen concert
Zum Vergrößern anklicken....