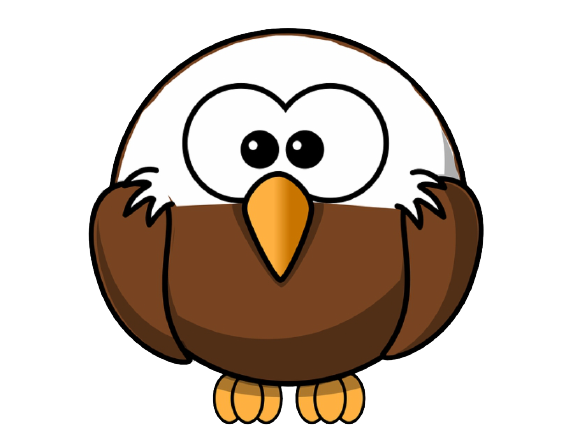 It's fair to say that expecting some kind of "reference" (ugh) transfer of a movie like Collateral was always a long shot. The project marked Michael Mann's first major foray into using HD digital video to shoot the majority of a movie, having dabbled with it on Ali (2001), and caused such friction that the film's first cinematographer Paul Cameron walked and was replaced by Dion Beebe. During testing the new Thomson Viper was preferred to the extant Sony F900 and F950 cameras, but because of the need to tether the Viper to multiple recording systems (the studio insisted on a HDCAM SR backup to the main hard drive recording) it wasn't as portable as they'd hoped so the F900 was used for close-ups when riding on-board the cab using its on-board HDCAM recording. Everything was captured in 1920x1080 HD on these cameras, albeit in a special anamorphic mode on the Viper which didn't use anamorphic lenses but stretched the image vertically in-camera to use more of the available pixels when framing for a 2.35 aspect, whereas on the Sony cameras you basically end up throwing away top and bottom to reach the final 2.35.

Film was also used at various points and although Mann estimated that 90% of the movie was ultimately shot digitally there's a lot more 35mm in the final product than you may think, as any daylight scenes e.g. the first five minutes of the movie were shot on film as were several interiors like the jazz club, the honky tonk bar and the nightclub, with film also being used when they had to over/undercrank the frame rate. Beebe says that 20% of the final version of the movie was done on film. The blend isn't seamless, not just because of that switch from the smooth motion of the digital stuff to the more stilted cadence of film but also because of the depth of field, the sensors used on these cameras were tiny compared to 4-perf 35mm and the latter footage has a much 'shallower' look to it. Entirely characteristic, but not a good match for the digital stuff with its near endless DOF. It was all tied together in a 2K DI.

If anyone has even a passing familiarity with this movie then they'll recall the incredibly strong green & yellow tints to the colour, Mann using the fluorescents/mercury vapor and sodium vapor lighting across the streets of LA almost as a character in themselves. But if you read the American Cinematographer article https://ascmag.com/articles/hell-on-wheels-collateral (there's also another good piece at studiodaily here: https://www.studiodaily.com/2004/08/...as-collateral/) it's interesting to note that Mann didn't want them to be too saturated, especially when the two extremes were present in one shot, citing a dislike for it getting too "fruity" so they desaturated it some in the DI, and when you watch the regular Blu-ray those tones are almost overpowering at times. Very very gaudy in SDR but on the HDR UHD (yes, I'm finally going to talk about the disc!) those colours have been toned way down, apparently under the supervision of the director himself according to the press release. The green and gold accents still come through, and this image still doesn't look in any way 'natural' for colour in general (to the point where it's not even worth discussing skin tones as a colour reference between old and new, they change so much from scene to scene to scene under all that different lighting anyway), but they're just not as garish as they are on the old SDR disc.

A side effect of this is that the grain in the 35mm sections looks much less noisy than before, especially in the opening scene with Jason Statham at the airport bag drop. It's not been "DNR'ed" as such, it's just had some of the key colours that are present in dye clouds toned down. In terms of detail it's a wash between the two versions, there's no more/less in either one although the images are inherently less noisy in the HDR version as mentioned so it feels a bit 'cleaner' even if it's only a placebo. Not noise-free, no no no, just not as constantly 'busy' as the SDR version, and the intensity grain/noise will naturally change throughout depending on the exposure.

But in another shocking development the black levels have been completely subverted from how they were presented in SDR. Boy, that's never happened before! On the Blu they're very deep, dark and crushy, 'letterbox' black as we'd say, but now they've been raised substantially. It's not nasty thin greymurk with no contrast at all, but they're definitely much lighter than before. Some interior scenes, especially those shot on film, still have some very solid blacks though, it's more the stuff shot on digital that thins out. It doesn't however offer up a great deal of extra shadow detail in the process, the cameras capturing a more limited dynamic range as noted in a previous post here: https://forum.blu-ray.com/showthread...6#post19735006. But at the same time it doesn't betray lots of nasty banding which can often happen when the blacks get lifted like this, it can uncover digital nastiness that was obscured before but Collateral has avoided that fate, the transitions looking nice and smooth on this Dolby Vision disc. No other compression problems either.

For HDR usage this is more or less SDR in an HDR container. It offers up zero practical increase in highlight detail over the SDR version and nor does it seek to boost those extant highlights with thousands of nits of brightness, if anything there's less "pop" (ugh) here than viewing the SDR version at a mere 140 nits peak brightness, especially when combined with that calmer application of colour. If you look at the highlights in some shots you might notice some lines inside them which seems to be a camera issue as it's there on the SDR version also, albeit slightly more noticeable in HDR. Average brightness across the frame is generally lower on the HDR too. It never looked dim and dull to me though, not when viewed in a darkened room anyway, as this is still Collateral and it's got an innate sense of contrast to its visuals which makes them very striking and still somewhat unique in terms of motion picture visuals even now.

Overall then it'd be disingenuous to refer to this UHD as an upgrade for any particular facet of the imagery, as instead of emboldening certain aspects that marked this very early digital production director Michael Mann has instead decided to rein them in (though this shouldn't come as a surprise to anyone who's seen the 4K HDR stream of Heat, that's basically anti-HDR as well, with raised blacks to boot). Think of it as a sidegrade then, something that offers up a slightly classier - dare I say more 'grown up'? - rendition of this film for fans to check out. When it's on sale.